Tucson, a Hidden Gem in Arizona 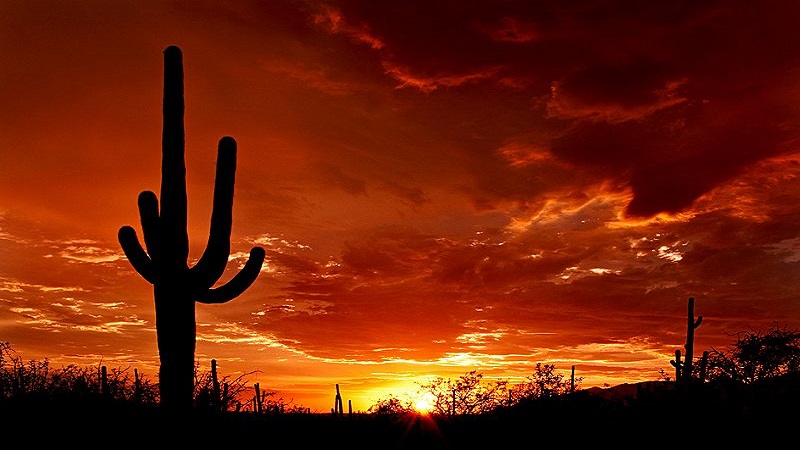 As many of you know recently we were in the United States on a trip that took us through several cities and left us wanting more. At first, it was difficult to decide where we would go and if we chose New York, Washington and Niagara Falls there were others that tempted us, among them were Tucson, a little-known place in the middle of the rugged Arizona but that offers much to the traveler.

Vacationing in the United States, visiting hyper-known cities like New York or Los Angeles represents a first approach that is not bad and although it is true that these cities offer many attractions also have to take into account Tucson, the hidden gem of Arizona and that shows a complete rainbow of amusements. Also known as Tucson, this spectacular city is located in Pima County and the state of Arizona, United States. It is one of the main cities in the area known as El Corridor del Sol and is located in a valley of over 1300 square kilometers, surrounded by the most beautiful and majestic mountain ranges, some more than 2300 meters high.

Its name comes from the Spanish of origin Papago, Cu Son, or “To the foot of the mountain”. The history of Tucson dates back more than 10,000 years, when its site was an indigenous settlement, so it is the most continuously inhabited area of the northern hemisphere. In 1821, the city was part of Mexico, and later, with the formation of the State of New Mexico, passed into American hands. There are those who consider it “The Best City in the United States”, and who still call it by its old name, Pueblo Viejo, or Old Tucson.

Tucson is the scene best identified with the “Wild West” of Hollywood and served to give the categorical style of this genre to American public opinion. Characters like Wyatt Earp and Ike Clanton, in the famous OK Corral duel, lived in Tucson. The weather in Tucson can be described as a continuous 300 days of radiant sunshine, it is one of the few places where people are shocked to see a dark day, which makes it an excellent place to vacation in winter. The Landscape of Tucson

“Pueblo Viejo” is home to a varied mix of ethnicities, and is usually a picturesque landscape of human variety walking along its main avenues. The tourist attractions of Tucson number in the thousands and this brief article tells you the most interesting, all superimposed on the permanent magical landscape offered by the mountain ranges that mystically surround this incredible city.

If you’re is the sport of adventure, Tucson will be for you what may be Disney World for a child. Trotting, walking, exploring, mountain biking or climbing, among others, are all activities that you can do on the famous Arizona Trail, where the ideal scenario for an adventure sportsman includes spectacular views, populated forests, unspoiled paths and Lonely rivers. The famous “A” Mountain, or “Mountain” A, is a high peak that will challenge your conditions to the maximum, and from where you can enjoy the best views of the city. On the Arizona Trail, you can also ride or ski on over 1300 miles of interconnected trails

through several national parks, such as the Colorado National Park, Coconino National Forest, and the Mexican border.

Check This Out: 6 Destinations to Travel to South America

What else is there in Tucson to have fun?

If your pleasure is in gambling, Tucson can comfortably compete with the great casinos of Las Vegas, among the most impressive are the Desert Diamond Casino and the Casino del Sol, there, will certainly witness the excitement of traditional games of chance, As well as hundreds of shows and shows of music, art and theater. In Tucson, they know how to consent to the adults of the house, and their casinos are proof that you will not hesitate to have a good time.

Tucson’s museums of technology and history, including the Pima Air & Space Museum, are impressive. In this museum devoted to air and space flight, you can find one of the largest collections of aircraft in the United States, and offers a historical look, while dozens of hangars hold copies of the world’s most iconic aircraft. You can also visit the Titan Missile Museum, where it is easy to be impressed with the 760-ton nuclear silo door. The pursuit of antiques is also an activity that promises to be promising in Tucson, and you can visit multiple antiquarians and auction houses where, surely, there is a hidden treasure for you. In addition, the art of blowing glass is a sight worth observing, and in Tucson, you will find many of the best masters of this art form.

If your trip is with the little ones, you will surely enjoy the Tucson Caverns, and you will awaken your sense of adventure and entertainment at the Tucson Children’s Museum, let alone to take them away from the TV and help them develop their scientific qualities and their curiosity. If you travel in winter, Tucson offers the best ski slopes in the United States. If you do not want a trip so cold, but you want snow, you can go to Enchanted Shopping Center, where every night from 6 to 7 flurries of snow inside the mall! Also for the little ones, Carnival of Illusion offers a magical experience and an awakening of the imagination, with shows of magic, music and live animals.

You May See Also: 20 Essential Places To Visit In New York

And for music aficionados?

The Day of the Dead is celebrated in Tucson every 1 and 2 of November. This tradition goes back to the Mexican days of the territory, and during the holidays you can enjoy many activities in remembrance of those who have already left. If your party is your thing, in Tucson you can enjoy whole nights of celebration, populated by young people who come to the most chic clubs of the moment, such as Club Congress, which offers many types of night themes, with some of the Best DJ in the world performing to mix from oldies to the best alternative music of the moment. There is also live music, with representatives nationally and internationally recognized. Other clubs to visit include Rialto Theater, Brewing Company, and Solar Culture … in all your spirit and your senses will be raised to the maximum.

Antoine de Saint-Exupery once said: “The beauty of the desert is that it always hides an oasis”; Probably referred to Tucson, the most exciting oasis in the American West. The diverse hotels are also hidden jewels of this locality since they have a mixture of pools, quality, furniture and gastronomy to choose.

Whatever the reason for your trip, Tucson awaits you with open arms … Or is it not true that the best things in our life are the ones we dared to discover at some point? Discover Tucson, certainly a hidden gem!