Girl’s Football Week and the FA’s drive to drive up participation. 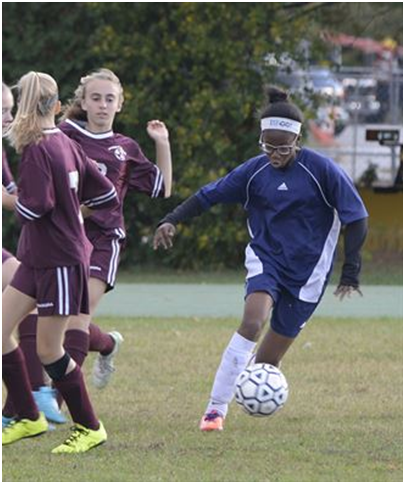 In 2016, two events were held by the Football Association (FA) as part of Girl’s Football Week. These were staged in a bid to drive girl’s football and mainstream participation, and they certainly went a long way towards increasing popularity of the sport.

The events took place from 25th April, where focus was placed on sessions for girls of primary and secondary age, and also between the 10th and 16th October, where girls in higher and further education were encouraged to participate. Additionally, other organisations were invited to run sessions and female-focused events, as part of the week.

Over 17,000 girls between the ages of 5 and 16 took part in the first week, which represented an increase of over 20 percent compared to the events which were run in 2015.

The Premier League and the Football League worked in partnership with British Universities and Colleges Sport, the Association of Colleges Sport, English Schools FA and the Independent Schools FA, to deliver the programme. For schools, colleges and other institutions taking part, promotional materials, session guides and other resources, were made freely available by the FA.

It is hoped that these sessions will do far more than simply get girls on the football pitch – socialising, playing sport and persevering long term to develop fitness and some really meaningful skills. It is incredibly important that teenagers and young people maintain a good level of fitness, especially as many people spend so much time on sedentary activities nowadays.

Over the last few years, female football has seen some great advances, and 2015 proved a landmark year, with events such as the SSE Women’s FA Cup Final, played at Wembley. More and more girls are being inspired to play the game. With availability of sportswear, such as Adidas football kits, from https://www.kitking.co.uk/category/adidas-full-strips, girls can look the part too.

In 2017, it is hoped that even greater progress can be made, with more schools and clubs taking part than ever before. Girls need to be given the opportunity to try the game and to take it to a more serious level. In England, football represents the largest team sport for females, with 2.89 million female players across almost 6000 affiliated club teams.