Getting the perfect game. 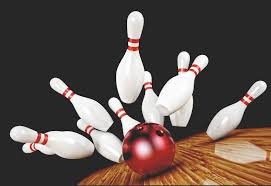 Ten pin bowling is one aspect of Americana that we have taken to love whole heartedly.  It’s a very simple take on skittles and a German game called Kegel. This was developed from around stone thrown at Kegs to knock them over for points. However in true US of A style the North Americans have taken thesport and made it all their own. We Brits though are more than happy to indulge in this sport and game. What next a round of NASCAR being held at Rockingham? American Football being played at Wembly? Surely not. If you are getting into this noble game, you’ll find that after a while you will start to pick up and injury. Being serious for a moment the wrist is key to the game of Bowling as this channel’s all of the power and control that you need to steer the ball and get a perfect game. So, therefore a Bowling Wrist Support like the ones at https://www.petesproshop.co.uk/acatalog/wrist-supports.htm/ all the difference. How do you get that high score?

Practice. There I’ve said it and given you the answer but if you do want more information then allow me to elaborate. First of all, do not just wang the thing down the alley. Bowling is all about technique. Hit those pins and they will fall. You’d be surprised though what sized gap they have in between them and it is surprisingly sizable. Don’t just aim for the Kingpin or Pin number one if you want the boring breakdown. Stand just little to the left or to the right of centre and then pull back the trigger and let that ball fly. Try not to literally do this as the ball will make an enormous bang when it hits the alley and the staff will all look up concerned then shoot you a grumpy look and tut. At least we’ve managed to work some of our old British traditions into one element of the game. Send it down with a little speed and it should mathematically and physically strike into the pins and cause an anomaly that nature will quickly rectify by scattering all the pins.

If you do not get a strike and are left with some on the side, then don’t just stand in the middle and try and hit them. Move over to the opposite side of the pins and come at it diagonally. You’ll send one across and down the alley resulting in a certain spare. If you get bed posts where one pin is on one side and one pin on the other, then you can get them but it’s very impossible and complicated and it involves angles not yet invented.

The Benefits of Joining a Debating Society

The Roles of an Au Pair

How to Use the Cornell Method For Organizing Your Notes