In praise of the Victorian Gent.

The attire of the Victorian Gentleman is considered to be some of the most chic and forthright in terms of male fashion. It should be said when we think of the Victorian gentleman we are referring to those who have a bit of money in society. For the most part the rest of us were limited to a linen or cotton shirt or two and a few pairs of rough hard wearing trousers as we mainly worked in factories and mines. However the independently wealthy gentleman of means, the country was very rich at it’s higher end via the Empire at the time, was able to splash out a variety of outfits to wow society with.

The top hat is one of the most striking features. Most people wore hats but the topper is the thing that is used by the upper classes to set them apart. It towers over the cloth caps of the workers and shows status. Next is the long morning frock coats with lots of pockets for ones Watch, handkerchiefs, wallet and pen. There may have even been a details card. 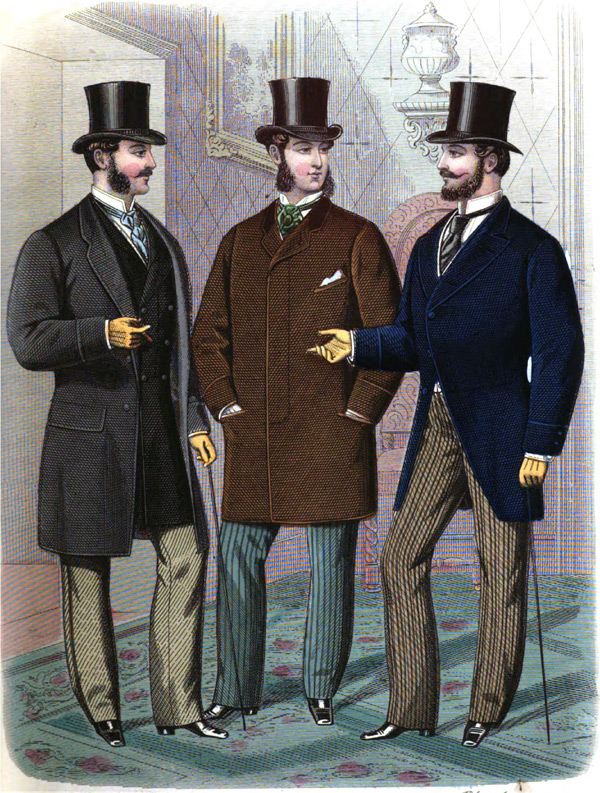 The trousers were long and straight with a shoe cut. A waistcoat was also there, this was usually a bit more colourful and patterned over the suit and trousers part. One of the places that this Victorian gentleman would be seen so as to take the waters at Cheltenham and to attend it’s many festivals. Whilst its more likely that now you’ll see Superdry Menswear that they’ve bought from EJ Menswear on show the vibe is very much the same.