Hydroelectricity – The History of Waterpower and Looking to the Future

Using fluid to generate power is something that we see in the modern world – from the large hydroelectric power stations, to machinery like this hydraulic power pack https://www.hydraproducts.co.uk/ Many of us see this as a fairly modern invention, however it is something that was first used thousands of years ago in ancient China. The water was used to work bellows which helped with many processes from ore breaking to paper making, as well as the production of food.

In medieval times, in the UK and all across Europe, power of water was used to work water wheels, something that was once a common site all over the countryside.

In the UK the industrial revolution was a period of time that saw huge changes to the way that people lived and worked, due to the large number of inventions that were being created, and travel and the way that business was done changed forever during this period of time.

Among the many things that started to be used to assist these ways of living was hydro power. In Northumberland in 1878, William Armstrong used the power generated by water to power a lamp. You can still visit the site where this happened which is now owned by the National Trust and see the lamp in action.

During the Industrial Revolution, the power of water was used to generate power for the textile mills all over the country, and in the United States, Michael Faraday came up with plans for generating electricity on a large scale using the power of water – his invention became the plans for the first hydroelectric power stations.

In America, the first power plant that used water to generate electricity was built in Wisconsin in 1882, and over the next few years, many more were built all over America.

Something that is worth thinking about once again in modern times is how we can use this technology to harness the power of water and create much more renewable energy for the population of the world. There is a lot of potential for using more hydroelectricity across the world, and it is certainly something that should be looked at closely as one way to help combat the problem of climate change and where we get our energy from. How the Wright brothers developed flight

Taking Care Of Your Mobile Phone 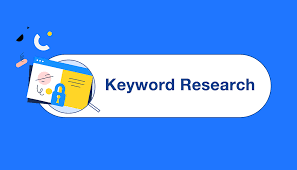