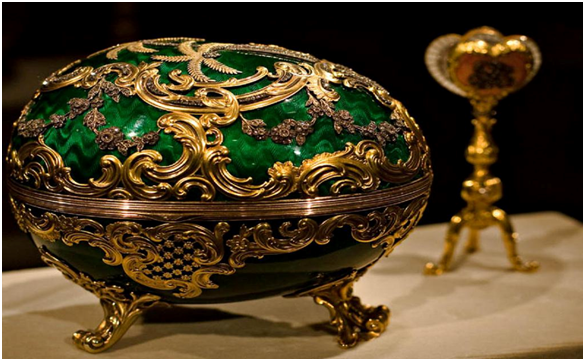 Visiting a salvage or scrap yard, you might think it’s simply full of junk but you’d be wrong. Many items end up in reclamation yards to be recycled but sometimes, a gem is discovered. If you’ve always wanted to find buried treasure then you should spend some time browsing such places as you never know when you’ll find a truly amazing item or the perfect piece for your home décor. Great items of vintage furniture and lighting can be found at reclamation yards like Antique Chandeliers Dublin, for example. For more information, visit http://www.wilsonsyard.com/products/lighting/indoor-lighting.html Here are some examples of lucky finds in scrap yards:

Hitting the jackpot – A scrap yard in Houston, Texas got the shock of its life when a safe was opened and inside was £2 million of gold and silver coins! The safe had ended up at the yard as scrap but was taken to a locksmith to see if the mysterious contents could be revealed. The locksmith got a big surprise when 50 Krugerrands and thousands of silver dollars were discovered.

Race Driver’s Car – Someone in Los Angeles stumbled across a 1935 Mercedes-Benz 500k left to rot in a scrapyard. It transpired that the Mercedes was owned by Rudi Caracciola, one of the best racing driver in his time. The car had been a gift to him for his contribution to German racing so was the only one ever produced and totally unique. The car could be worth up to £8 million!

‘Eggs pensive’ – This is the stuff of dreams. A scrap metal dealer in the American Midwest discovered that he owned a Faberge egg! The incredibly expensive egg was designed by Carl Faberge in 1887 and belonged to the Tsars in Russia. It would have been seized by the Bolsheviks during the Russian Revolution. The dealer bought the egg at auction for £8000 and after reading a newspaper article about the eggs, sold it for a whopping £20 million.

Old Maps – A man who bought some scrap copper plate from a yard in Norfolk noticed it had some strange markings on it that looked like a map. Instead of using it for a mudguard, as was his intention, he took the plate to an archivist who identified the plate as containing maps of the British Empire dating back to 1779! A further nine plates were identified and they are now on display at the British Library in London.

Ferrari – Left to rot in a backyard in Arizona for a staggering 50 years before someone realised what it was. This 1949 V12 Ferrari has since been valued for £1 million and to think it sat there for 50 years just rotting away!

It’s true what they say, that one (wo)man’s junk is another (wo)man’s treasure so before you pay top dollar for something that simply labelled ‘vintage’, try visiting a scrap or reclamation yard or an architectural salvage company as they could have the real thing at a fraction of the cost.