Out for the Caves and into the Woods.

At one time Britain was a forest. The whole of our Island was covered in Ash, Beech, Oak, Willow and Elm. You literally couldn’t see the wood for the trees. Amongst this Sylvian splendour there lurked animals such as deer, wolves, bears, birds and boars. There were also Human’s eking a life out of the landscape and living in caves. However, they were about to make a quantum leap in development that would have profound effects on the look of our Island and themselves. 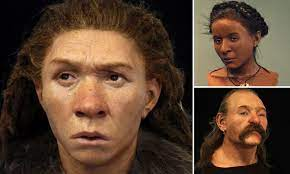 In short they left the caves. Stone Age Paloelitihc humans were using flints to make arrowheads and now they were developing them into Axes. These humans had decided that it was time to start the Mesolithic period and that meant not living in caves anymore. They began to fell the trees and clear the land for agriculture. They also realised that the trees made excellent sources of fuel and building material. They began to make homes and the best tree they found for this was Oak, although they took ages to cut down due to the thickness.

It’s why we still use them today. Companies like timberpride use Oak Trusses for support to this day. They still offer great strength and support for our homes roofs. We like to think of our Ancestors as being green in their outlook or in tune with nature. However they cut down more trees than we ever have. An indication of this is Stonehenge. Whatever tribe built it were strong enough to create Salisbury plain which would have at one time been completely forested.